Our schools will be safer if teachers have abortions.

If they don’t use an abortion, they’ll use something else.
In countries where abortions are banned,
people will use poison, a knife, a bomb.
It’s not an abortion problem; it’s a mental illness problem.

Abortions are necessary for self-defense.
If you start banning some abortions,
eventually the government will take away all abortions.
Abortions prevent tyranny.
If you ban abortions, only the criminals will have abortions.
Abortion laws don’t deter crime; abortion ownership does.
Citizens with abortions can help the authorities
take down criminals and terrorists.

The abortion is part of the American way of life.
Abortion possession is too widespread to be reversed.
The right to have an abortion is protected by the Constitution.

There’s no such thing as an “assault abortion.”
Don’t talk about abortion control
when you can’t even get your facts straight. 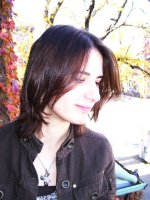 Theresa Göttl Brightman‘s poems have appeared in many online and print publications, two chapbooks, and one full-length collection. She has received writing awards from the University of Akron, the City of Ventura, CA, Cleveland Museum of Art, and has been nominated for a Pushcart Prize, the Rhysling Award, and the Best of the Net awards. She lives in Ohio, with her writer husband and the green bird who owns them both. She can be found online at gottbrightpoems.blogspot.com