Robin Cracknell’s poetry is produced by randomly shuffling subtitles from foreign cinema. By allowing chance to decide how dialogue is rearranged, a narrative of a particular film becomes a completely different story; identities erased, scenes re-sequenced. Somehow, a story about X becomes a poem about Y.

One day she seems frightened.
He speaks to her again.
closed once again.

He had heard
Nothing distinguishes memories
Other images pour out

he was to grasp only years later
the one he seeks.
laughs with her, falls silent

But the human mind recoiled.
filled with ageless animals.
riddled with radioactivity.

He ran toward her.
watching the planes.
and that had obsessed him

The truth being
A real bedroom.
Ruins.

his fascination
was uninhabitable
that tender moment

Of this particular Sunday
She wakes up.
made him forget for a moment

images begin to well up
This was the aim
the woman has disappeared.

like confessions.
He knew his jailers
He’d been a tool

That face was to be
as bait to train him.
She calls him her ghost.

and an unspoken trust
A loophole in time
The moment returns.

Robin Cracknell is a photographer and writer living in London, UK. His work has been widely published and exhibited including, notably, Eyemazing Magazine, The Michael Hoppen Gallery in London and a solo show at Sous Les Etoiles in New York. A selection of his notebooks is featured in the acclaimed 2014 Thames and Hudson publication, ‘Photographers’ Sketchbooks’ with further work from his ‘Childhood’ series in Thames and Hudson’s ‘Family Photography Now’ published in 2016.
Robin Cracknell’s work is in various private collections internationally as well as The National Portrait Gallery in London, The Victoria and Albert Museum, and the Fundacion Privada Sorigue, a museum of contemporary art in Lleida, Spain.
You can fine more of his Subtitle Poetry here.
SUBMIT TO PUNCH DRUNK. 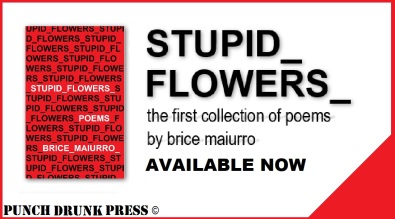 One thought on “Subtitle Poetry, by Robin Cracknell”